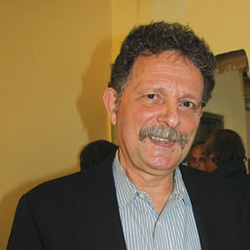 Valerio (Val) Orselli is the Founding Member of Cooper Square Community Land Trust (CSCLT) and Cooper Square Mutual Housing Association (CSMHA). Former Executive Director of CSMHA (1997-2017).  Most recently worked with NYC HPD to secure a full Article XI tax abatement for three tax burdened HDFCs, with two slated to be conveyed to the CSCLT. As CSMHA Director, I coordinated the implementation of the CSMHA cooperative project.   Managed the 21 buildings during and after their renovation under a number of programs including SIP, DAMP/TIL Pilot, and the DAMP/MHA Programs (established at our request). Oversaw the rehabilitation of the 18 occupied and 3 vacant buildings. Secured retroactive full Article XI for the 21 CSMHA buildings. Secured approval from NYS AG’s office for the scatter site cooperative plan, via a No Action letter.   As Executive Director of Cooper Square Committee (1981-1997), the parent organization of CSCLT and CSMHA, I was part of the Negotiating Team that secured the funding commitments from the City for the development of 1,050 mixed income housing units (75/25), anew community center and sufficient funding for the renovation of all the twenty-one MHA buildings at no cost to tenants.

As part of Seward Park Area Redevelopment Coalition (SPARC) and CB#3 Task Force, helped organize a successful community-wide effort and planning process for the redevelopment of the eight remaining sites on the Seward Park Urban Renewal Area (SPURA), resulting in a 50/50 deal (50% permanently affordable/ 50% market) totaling 1,000 DU’s, plus 600,000SF of commercial space, with 50% community preference and a job training program.

Working with Lower East Siders for Accountable Zoning and CB#3 helped implement a community-driven rezoning plan, covering some 120 blocks of the Lower East Side/ East Village that established height limits on buildings, contextual zoning, a ban on sliver buildings and inclusionary zoning on the wide avenues, helping to curb rampant speculative development, albeit not stopping it.